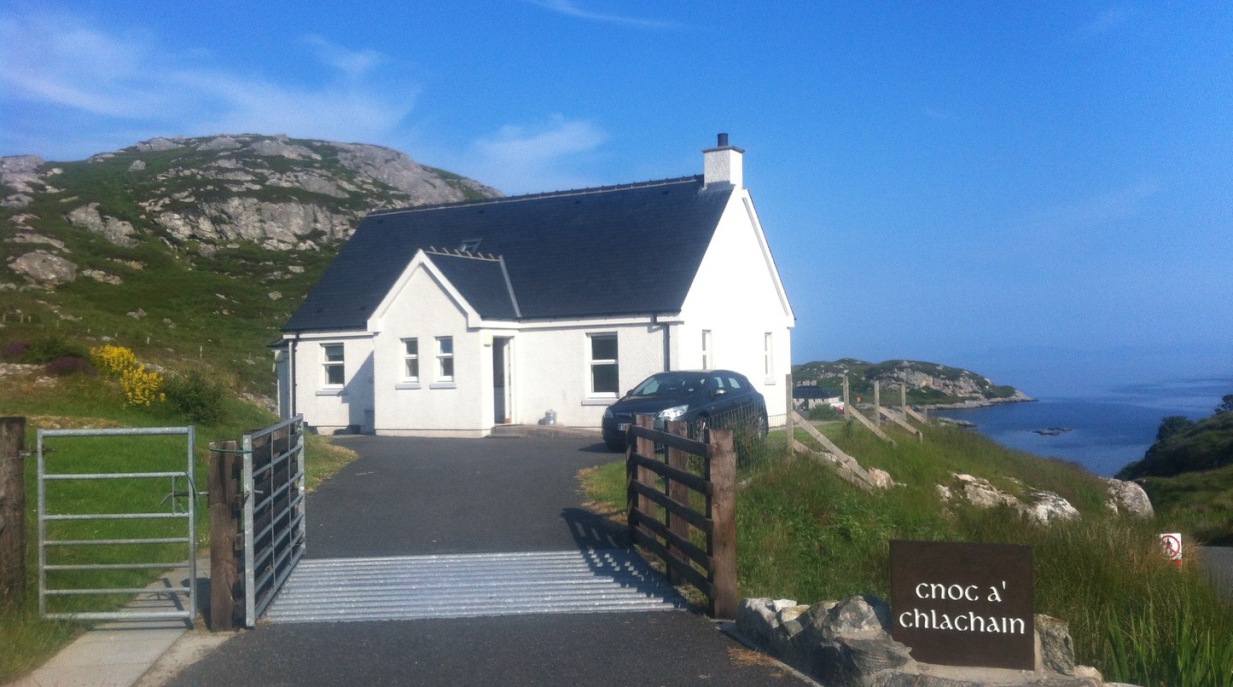 We have reopened this year, 2021, for bookings in line with Government restrictions.

Situated in the hamlet of Collam, Cnoc a' Chlachain looks out on uninterrupted views across the Minch to the Isle of Skye.  Collam is the local name given to a group of houses within the township of Cluer in the Bays area of the Isle of Harris.

It is an excellent setting in which to relax and appreciate the tranquillity of the island atmosphere while also allowing easy access to other activities such as walking, climbing, visiting sites of historic interest, having a round of golf in spectacular surroundings, fishing or enjoying an outing to one of the beautiful beaches on the west of Harris.

Cluer is 7 miles from Tarbert, the main village on the Isle of Harris, where there are two grocery stores and a few craft and gift shops.  There is a bus service which passes through Cluer providing access to Tarbert and the south of the island.

Our comfortable cottage sleeps 5 people. Full details can be found on the accommodation page, click on button below to find out more.

To give you a flavour of all that the Isle of Harris has to offer please take a look at our local highlights page.  Whether you are looking for long walks along a beach or a coffee in an art cafe why not come and escape to the Western Isles to explore this beautiful island.

Please go to our contact us page to get in touch about making a reservation.  We look forward to hearing from you! 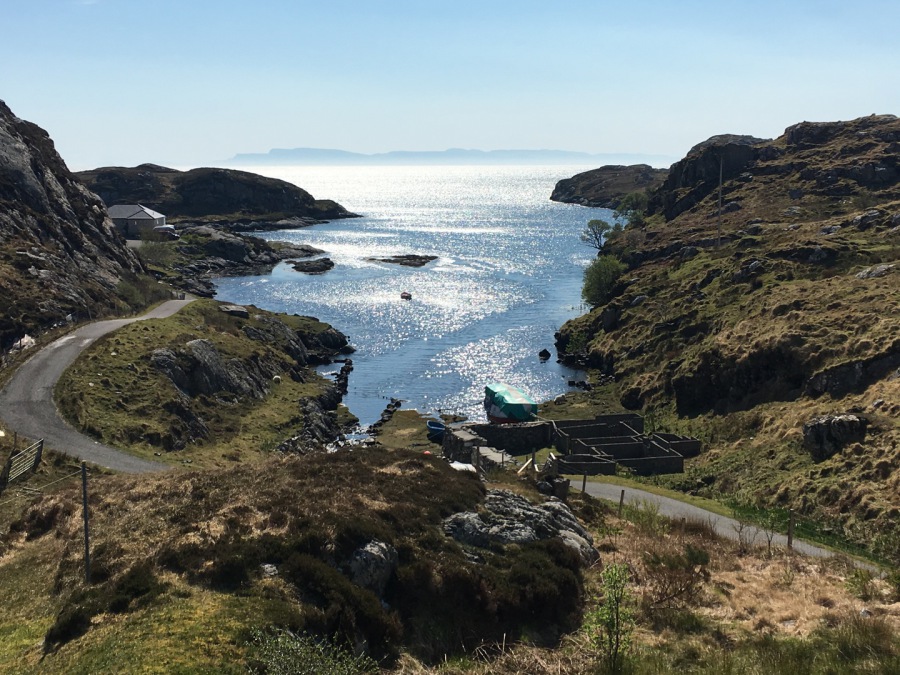 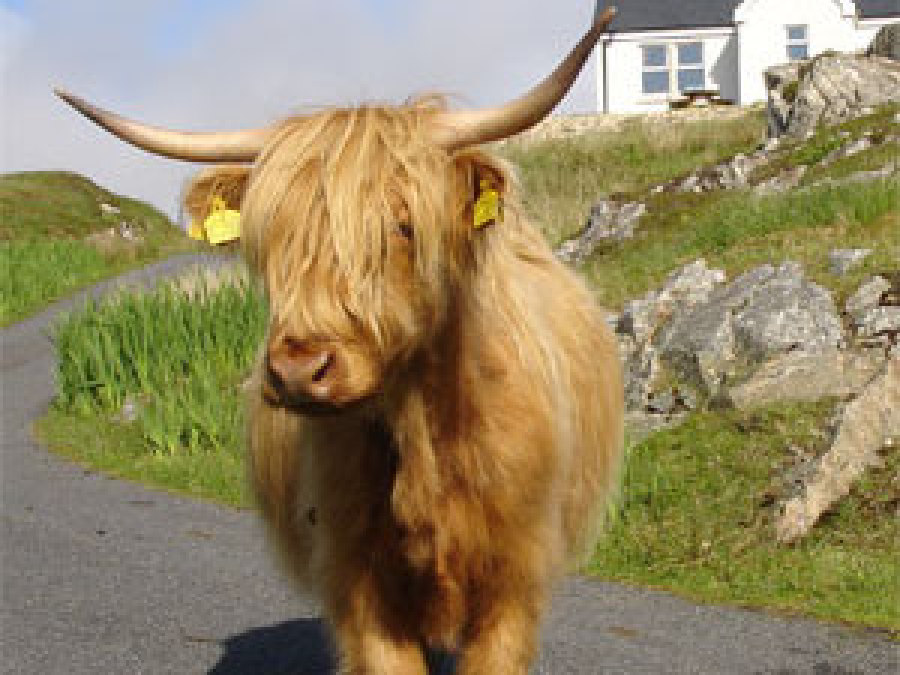 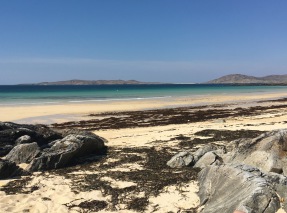 The Isle of Harris

The isle of Harris is the southern and most mountainous part of the Island of Lewis and Harris, the largest island of the Outer Hebrides, Scotland.  Although not an island itself, Harris is usually referred to as the Isle of Harris.  A person from Harris is known as a "Hearach" and in gaelic the island is called "Na Hearadh".

Harris is naturally split geographically into two parts - North & South Harris -  which are separated by West and East Loch Tarbert. These halves are joined by a narrow isthmus at the main village on the island, Tarbert. The highest peak in the North Harris Hills (and the Outer Hebrides as a whole) is called Clisham (An Cliseam) which is a Corbett (hills 2,500 to 3,000 feet high).

The West side of the South of Harris is characterised by its white sandy beaches.  In stark contrast the rocky East side ("the bays") is dotted with small townships.